How adhesive tape is made?

How adhesive tape is made?

We use it often, and for sure, it is a great invention! But have you ever wonder how adhesive tape is made and how it works?

Adhesive tape seems a simple object but it is composed by four overlapped layers, each one different from one another. You probably already know the first two layers: the support of the adhesive tape, usually made of plastic but it can also being made of paper, and the adhesive part, usually derived from a natural rubber, but in case of special adhesive tapes, it can be composed by a synthetic chemical compound.

The other two layers are definitely less known:

The adhesive tape was invented 87 years ago from Richard Drew, an engineer that has found the perfect solution to paint the cars without smears. That adhesive tape was the ancestor of the present adhesive tape, a simple cellophane film with an adhesive layer that Richard developed few years later.

On 31 January 1930, the firm where Drew worked, the 3M: Minnesota Mining and Manufacturing Company, a big manufacturing company of sandpaper, it decided to launch Drew’s adhesive tape into the marketplace.

In 1932, arrived the first improvement: John Borden sign the invention of the dispenser for adhesive tapes, which is just the dispenser we use nowadays and it facilitate the employment of the adhesive tape, a support for tapes with an incorporated blade for cutting the tape.

Nowadays there are thousands of adhesive tapes and there is the chance to customize them!

Printape design and produce custom printed tapes for all the companies that want to promote their brand all around the world and want their merchandise to be immediately recognized.

Check out all of our products and choose the most suitable to your needs! 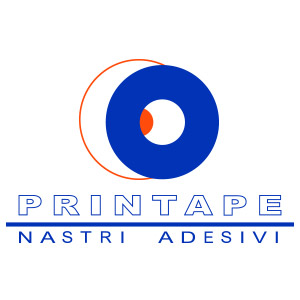